The impressionism art movement started in France in the 19th century. Claude Monet is widely considered to be one of the pioneers of this art form, as well as many other popular artists in France during this era starting in the 1860s. Rather than the idea of just sitting in a studio to paint, impressionists found their inspiration from going out and painting right out in the world. By painting outside, artists were able to capture the effects of the sunlight during various moments. What ended up happening is these artists found a greater awareness of both color and light as well as how the patterns shift in the natural scene.

This style of art focused on using smaller touches of color to get the full impact of the concept of “light” in their paintings. It was meant to focus on the subject as well as the artist’s perception of the subject. When you look at these paintings, you get a sense of what it is when people just take a peek or small glimpse of a subject. Impressionism art typically features an outdoor setting, using bright and vibrant colors to depict their subject. Edouard Manet was someone who heavily influenced the development of this movement, focusing on painting everyday objects.

Impressionism is a broad category used for art during this period, but there were other small movements that existed within this larger one including fauvism, pointillism, and art nouveau. Pointillism used small dots of color that made the painting even more vivid when the viewer sees it from the distance.

Impressionist weren’t as strict about their brushstrokes and were more concerned about creating pure but intense colors in their works. Critics of this work found the pieces to look unfinished, due to things like the lack of borders on images to distinguish between the different elements of the art. These artists wanted things to look real, focusing on painting the world as they saw it even if their perception was imperfect. They wanted to capture mere seconds of life. They wanted to mimic the optic effects of light as a way to depict changes in time or weather. However, it wasn’t really about the realistic depiction of the subjects.

The different artists of this early movement were known for specific things. Monet was interested in using light to portray time passing by. For instance, he did a series of paintings that captured the Rouen Cathedral during different times of the year. This was to portray his ideas on how the subject is transformed by the environment around it. Renoir was another important artist in this movement, focused on artificial light rather than natural light. 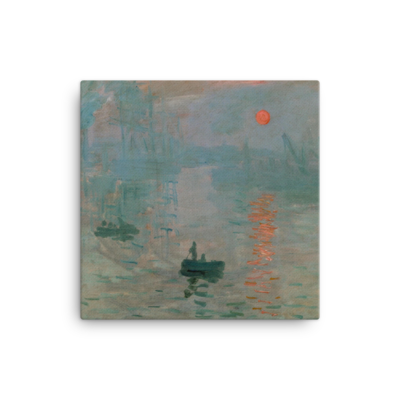