In essence, abstract art does not attempt to represent visual reality. Instead, it uses colors, shapes, forms, and gestural marks to achieve its effect.


Abstract is a term applied to pieces that do not portray things from the visible world. In other words, abstract art uses forms, including geometric shapes, that have no source in an external visual reality. Objects, figures, and landscapes are simplified or schematized. Before the 20th century, abstract elements like form, line, colour, texture, and tone were all used by artists to illustrate or reproduce the world as we see it. Abstract art, also known as non-objective or non-representational art, often carries a moral dimension, where pieces symbolize virtues like purity, simplicity, order, and spirituality.

The period of Romanticism in the 19th century challenged the existing emphasis on idealization and imitation. Instead, it focuses on the role of imagination and the unconscious in driving creativity. Over time, many painters began to accept the freedom this movement brought.

In the years leading up to World War I, artists such as Wasily Kandinsky, Robert Delaunay, Vladimir Tatlin, and Kazimir Malevich pursued abstract art. In fact, Russian artist Kandinsky is believed to be the first modern artist to paint purely abstract pictures, without any recognizable objects in 1910-11. His untitled painting, now known as the First Abstract Watercolor, is one of the first to shed ties to the limitations posed by representational traditions. However, most artists at the time weren’t fond of the abandonment of representation.

Politics and war greatly stunted the growth of abstract art due to art movements, like Surrealism and Realism, placing emphasis on imagery. After World War II, an American abstract painting school called Abstract Expressionism emerged and had great influence. Since the 1950s, abstract art has been a widely practiced and accepted approach to painting and sculpture.

Kandinsky’s career is said to have peaked between the years 1910 and 1914. This piece, The Composition VII, is cited as the pinnacle of his artistic achievement during this time. Though he painted the final version in only three days, Kandinsky made more studies for this composition than any other.

Composition VII, with it’s swirling colors and shapes, is one of the most complex pieces he ever painted and alludes to the apocalyptic themes of Deluge, Last Judgement, Resurrection, and Paradise.

The Black Square by Kazimir Malevich

Kazimir Malevich is a pioneer of geometric abstract art and is the founder of Suprematism, an art movement that focused on basic geometric forms and the use of a limited range of colors. His piece, The Black Square, is monumental because of what he left out of the piece: bodily experience, which was the fundamental theme of Western art since the Renaissance. 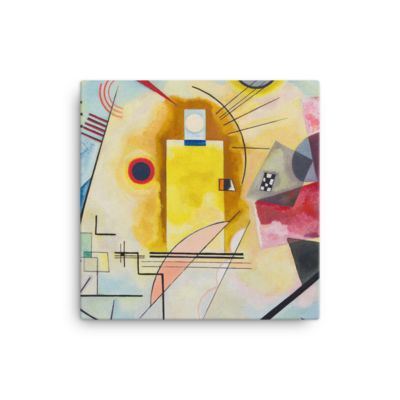 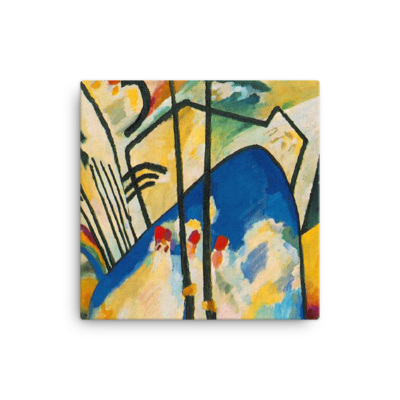 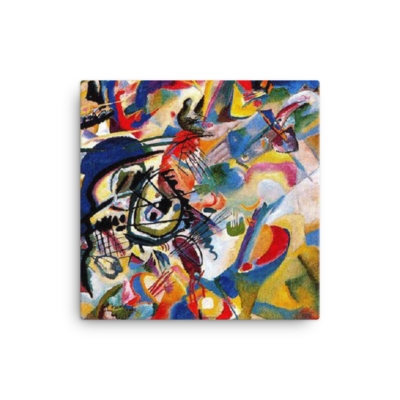 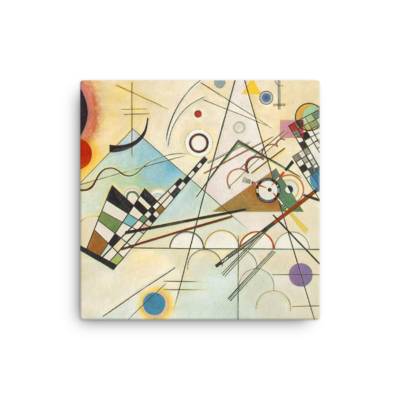